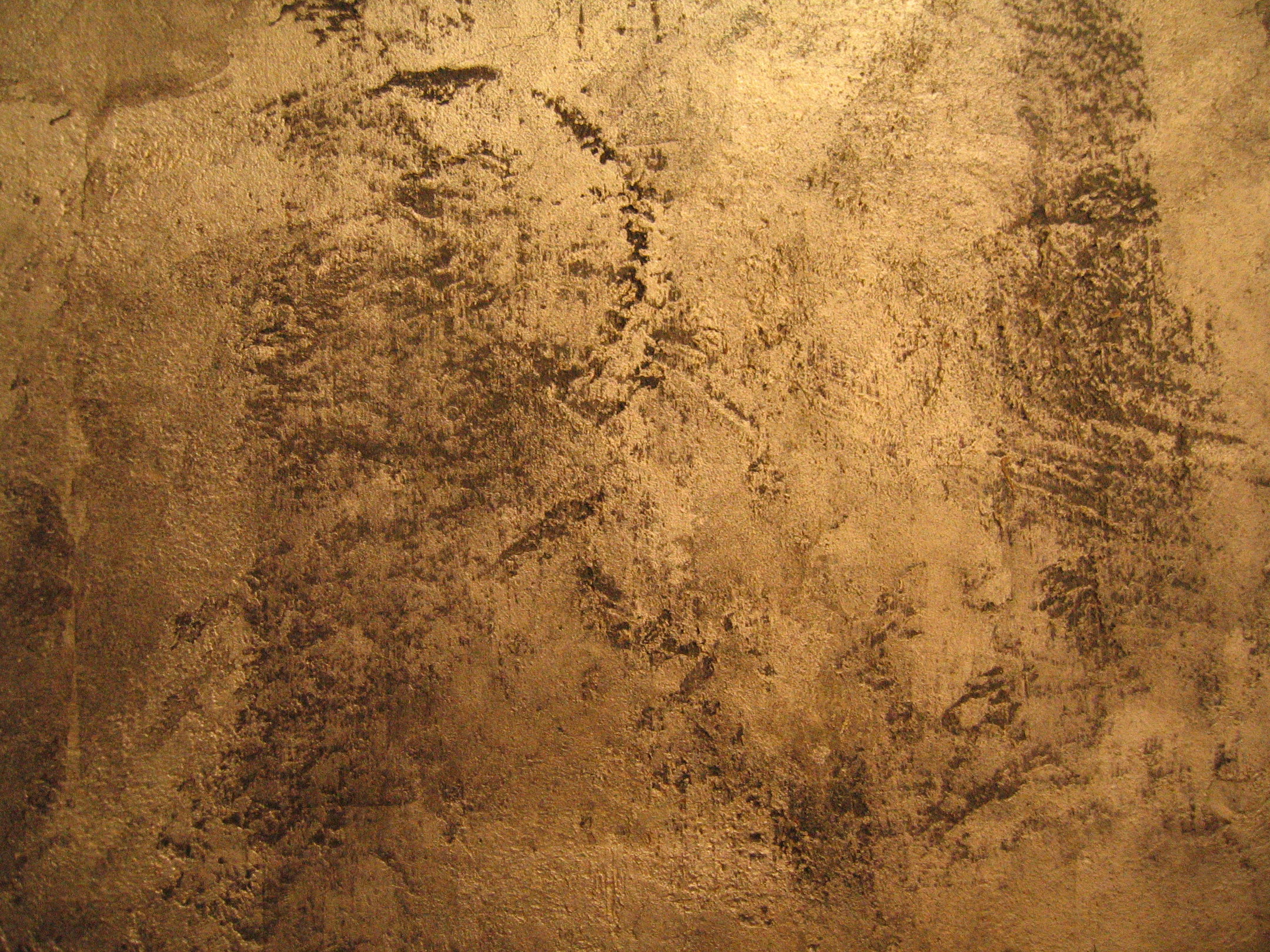 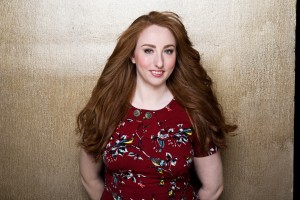 Winner of the 2013 Capital City Critics Choice Award at the Ottawa Fringe for her solo performance in Poulenc’s La voix humaine (Opera 5), Canadian soprano Rachel Krehm is establishing herself as a sophisticated performer in both the opera and theatre communities. A multi-faceted artist, Rachel is the co-founder and General Director of Opera 5, and the creator, co-writer and one of the performers of the children’s educational show Tenors, Trumpets and La Traviata which debuted as part of the Kitchener Waterloo Symphony’s Family Series in March of 2014. Praised for her “lovely, radiant voice” (Opera Canada), and her “excellent acting” (Capital City Critics), recent performances have included an Opera Pops and Family Show with the Kingston Symphony in April 2016, soprano soloist for Magnificently Mozart with the Kingston Chamber Choir in April 2016 and Rosalinde with Opera 5 in June 2016. Rachel is also an active participant in Toronto cultural community. Aside from co-founding Opera 5 and being involved in building the company from the start, she has served on the Board of Directors at the Arts and Letters Club, the Music Committee at the Arts and Letters Club and is a member of the Executive Committee of Indie Opera Toronto, which is a collective of the 11 independent opera companies in Toronto. Rachel is also an active fundraiser. Since her little sister Liz passed away in 2012 at the MS ICU at St Michael’s Hospital in Toronto, Rachel and her family have organized and held an annual fundraiser for the MS ICU. These fundraisers have taken form of Memorial Concerts including a Mozart Requiem, Beethoven 9, Mahler 2 and Bach Double Violin Concerto, Songs and Arias and Beethoven 3 all of which have raised over $60,000 for St Michael’s Hospital. 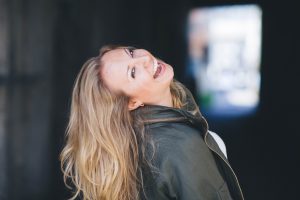 Jessica Derventzis began her career in the arts with studies in piano performance at Queen’s University where she simultaneously worked as an accompanist for opera productions and collaborating with singers in the Voice Department. Following graduation, Jessica taught theatre studies at the High School level for 5 years directing over twenty productions while mentoring her students to achieve a well-rounded theatrical education, including acting, designing, technical theatre, and theatre history. Leaving teaching to pursue a professional career in opera, her most recent directing credits include: Suffragette (Opera 5),  Die Zauberflöte, La Bohème (Opera Kelowna), The Medium, L’Heure Espagnole (Stu&Jess Productions), Cinderella (Calgary Opera School Tour), Dido and Aeneas (Opera McGill), and La Voix Humaine (Little Opera on the Prairie).  Jessica had the privilege of directing the Canadian premiere of Ned Rorem’s Our Town with Opera Nuova in 2015. She has also assisted for many internationally acclaimed directors at the major opera companies in Calgary, Edmonton, Winnipeg, and Vancouver as well for Canadian Stage/Tapestry Opera/Vancouver Opera’s co-production of “The Overcoat: a Musical Tailoring”.

Jessica is also very active in the indie opera scene. Championing new Canadian works and female-driven projects are at the heart of her fiercest endeavours. She started her own company called Stu&Jess Productions. They have produced three productions so far in Montreal in eclectic and unique venues. She is also an executive member of the Indie Opera Toronto collective. Most recently, she was awarded the Metcalf Foundation Performing Arts Internship grant for 2018 to work with Tapestry Opera on directing, dramaturgy, and artistic direction. Coming up, she will be directing “Il Barbieri di Siviglia” with Opera 5, assisting on two projects with Tapestry Opera for Pride Toronto and the Luminato Festival, as well as assisting for Brott Opera in Hamilton. 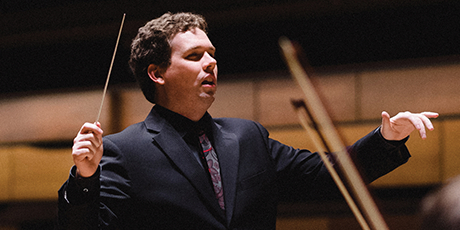 Evan Mitchell is proving to be one of Canada’s most innovative and sought-after young conductors. Mr. Mitchell is currently the music director of the Kingston Symphony. Over the course of his residencies as assistant conductor of the Vancouver and Kitchener-Waterloo Symphonies respectively, Mr. Mitchell conducted over 200 concerts, acted as a Canadian ambassador during an historic two week tour of China, Korea and Macau, and served as an official consultant to the Vancouver Olympic Committee and Assistant Producer for the recording of the medal ceremony national anthems. Over the course of his career, Mr. Mitchell has brought the magic of orchestral music to over 400,000 students and children, many of whom experienced this incredible music for the very first time.

In addition to his musical achievements, Mr. Mitchell has been profiled extensively for his commitment to concert initiatives. He has been personally responsible for the writing, recording and production of behind-the-scenes concert video series, podcasts aimed at the layperson, and visual enhancements during concerts in order to give a richer, more informed experience to concert-goers. His videos have been widely featured abroad for both publicity and educational purposes, and his initiative using smartphones as a “silent tour guide” during live concerts in real-time was hailed as the best technological innovation in the symphony concert hall of 2014 by the CBC. Mr. Mitchell’s digital and concert initiatives have been described as an ‘overwhelmingly welcome breath of fresh air’ with regards to audience involvement and depth of live concert experience. 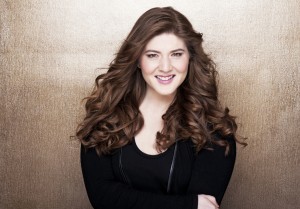 Aria Umezawa is a director, producer, and writer – currently completing her second year as an Adler Fellow with the San Francisco Opera – the first stage director to be awarded the fellowship in fifteen years. She is also the co-founder of Toronto-based, independent opera company, Opera 5, and served as the Artistic Director from 2012-2017. She is the creator, writer, and director of the webseries “Opera Cheats.”Aria was the 2016 Merola Apprentice Stage Director, where her staging of the Merola Grand Finale concert was praised by the San Francisco Chronicle: “Over the decades, I’ve never seen the job dispatched with the elegance, verve and sheer theatrical imagination that Aria Umezawa brought to it on Saturday night in the War Memorial Opera House. This young Canadian artist…marshalled her fellow Merolini with the dexterity of an experienced master.”

Recently, Aria directed “The Future is Now: Adler Fellows Concert” for the San Francisco Opera Center, “Christmas With SOL3 MIO” for San Francisco Opera, and Ambroise Thomas’ “Hamlet” for West Edge Opera. Her staging of Poulenc’s “La voix humaine” took home the Capital City Critics Circle Critic’s Choice Award at the 2013 Ottawa Fringe Festival. She has directed the Canadian premier of several works including New York-based composer, Milton Granger’s “Talk Opera”, Darren Russo’s “Storybook” (commissioned by Opera 5), and the North American premier of Cavalli’s “Artemisia” (Helios Opera, Boston). She has been praised for her irreverent, post-modern, wondrous and quirky visual style by online and print publications such as The Boston Globe, The Boston Pheonix, and Toronto’s Barcza Blog. Her writing has been featured in The Globe and Mail, and her work has been featured in Metro News, Jezebel, The Huffington Post, and FLARE Magazine, as well as on the social media pages of opera companies across North America. 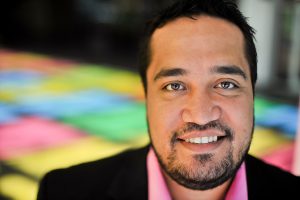 Hawaiian pianist, Maika’i Nash, is from an exciting new generation of vocal coaches and pianists in North America. Previously a vocal coach and répétiteur in Toronto and Bogotá, Colombia, he has now joined the Hawaii Opera Theatre team in the beautiful capital city of Hawaii, Honolulu. He has collaborated with a number of singers throughout North & South America and Europe and maintains a rigorous coaching and performing schedule internationally.

An avid educator, Maika’i has been on faculty at the COSI Opera Festival in Sulmona, International Vocal Arts Institute in Montreal, Summer Opera Lyric Theater in Toronto and the Orford Centre for the Arts in Orford, Quebec. He has given masterclasses in the United States, Canada, Colombia and in Europe.